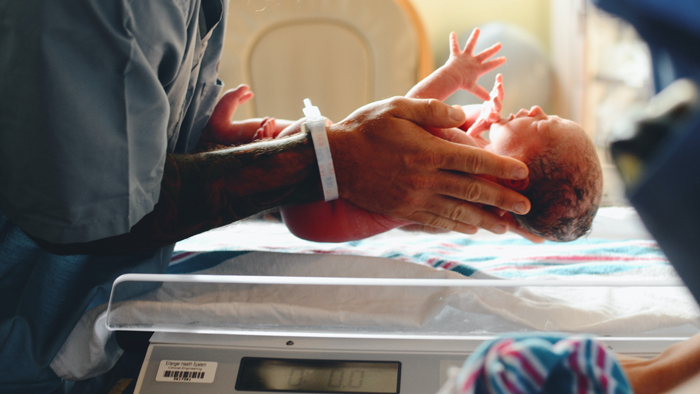 Do social and economic disparities, within the same country, determine different prematurity risk levels? In other words, are pregnant women with lower income or living in a socially and economically disadvantaged environment more likely to give birth to a preterm baby?

Several studies show that the answer is yes!

Let’s consider the USA, for instance. The first data to be pointed out is that more than 10 percent of babies born in the USA are preterm, which is a quite high rate for an industrialized and developed country. This rate has been steadily growing in the last years, and in 2020, for the first time in six years, it declined slightly from 10.2% to 10.1% (2021 March of Dimes Report Card). Amongst the potential reasons identified for this high rate we can mention a general lack of prenatal care, obesity, tobacco use and fertility treatments, which can all lead to early births.

What is really astonishing is the large inequalities striking women based on their socio-economic status, and also on their ethnicity. Preterm birth rate among black women is 51% higher than the rate among all other women. Black women have on average 14% preterm birth rates, compared to 9.2% of white women. American Indians and Alaska natives have the second highest rate (11.7%), followed by Hispanic women (9.8%). The same disparity exists for what concerns preterm deaths. While the overall US infant mortality rate is 5.6 every 1,000 live births, for black women this rate reaches 10.9 per 1,000 births, almost doubling the average, compared to the 4.7 rate in white women, and 5.2 for Hispanic, while American Indians and Alaska natives stand at 8.6.

The causes must be searched in socio-economic factors which are also determinants of health, and are heavily impacted by racial and ethnic disparities. Amongst such determinants, the income level as well as the poverty rate of the area where the mothers live have been both associated to prematurity risk.

Income inequality is a factor of major concern, since the economic divide in the USA is the largest since 1928. A 2016 study [Wallace] examined the risk of preterm birth in the context of increasing income inequality. By collecting data related to 12 States in the USA with almost 230,000 live births over 6 years, the study showed that any increase in state-level income inequality from the year prior to birth was associated with an independent 7% increased risk of preterm delivery. Women who were pregnant in an area where inequality was increasing were more likely to give birth preterm.

Another study [De Franco] investigated the independent effect of county-level poverty on preterm birth risk. By analysing almost 635,000 live births in 155 counties in Missouri, the study concluded that women living in counties with the highest poverty rate were 1.30 times more likely to deliver preterm infants.

Socio-economic factors, low income, racial and ethnic inequalities can also be considered for explaining the significantly different preterm rates between developed countries. For instance, in the USA, South-Eastern States have higher rates, reaching even 14.2% in Mississippi, 12.9% in Alabama and Louisiana, 11.8% in Arkansas, compared to 8.6% in Washington, 8.8% in California, and 9.2% in New York (US average at 10.1%). In Europe, prevalence rates of preterm birth range from 5.4 to 12.0%, from less than 6% in Finland, Latvia, Estonia, Sweden, and Lithuania, to more than 8% in Belgium, Germany, Hungary, Greece (European average at 7.3%).

Therefore, even in countries with comparable levels of development and healthcare systems, preterm birth rates vary significantly, and several reasons have been explored. For instance, a 2015 study [Delnord] on the disparities in the preterm birth rate in European countries indicated modifiable population factors – BMI, smoking, and environmental exposures – as well as medical practices and policies related to infertility treatments as impacting factors on country-level preterm birth rates.

A lot of knowledge gaps exist around prematurity, and still the causes of preterm birth remain unidentified in up to half of all the cases. But evidence collected on the effect of socio-economic and racial inequalities on preterm birth rates and preterm deaths between countries and within the very same country should more and more direct governments’ intervention strategies to fight prematurity. Such strategies clearly need to include actions to ameliorate conditions of poverty and reduce income disparity, and also to reinforce antenatal and postnatal care in low-income countries and in the most disadvantaged areas of developed countries.

The WHO stated that more than three-quarters of preterm infants could be saved with feasible, cost-effective care, and further reductions are possible through intensive neonatal care. The mission of our Preemie system is to contribute to this fundamental goal, by making it possible to ensure personalized nutrition to each preterm infant, wherever in the world.

WHO, Born Too Soon, The Global Action Report on Preterm Birth, 2012.

The impact of social determinants on health outcomes in pregnant women and their...